Scott Davenport was just voted Coach of the Year by his IBVCA colleagues. Read here an interesting article about his work as a coach.

The Team Behind The Team: Scott Davenport

The IBVCA Coach Awards for the 2019 season were held last night at the European Championships in Jurmala, Latvia! These awards are voted by our members and are based on the performances and/or development achieved by the coach and their respective team(s). 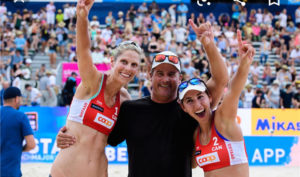 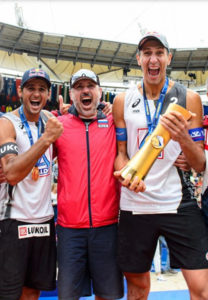 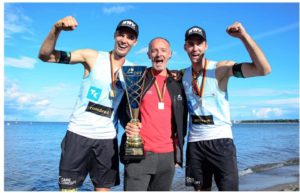 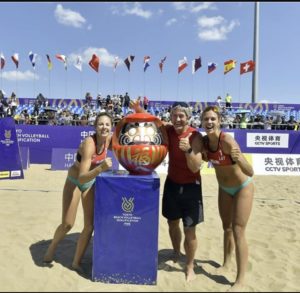 Dani Wood is one of the coaches on the world tour who worked with both genders at a high level. In this interview he answers how he worked with men compared to women and what he changed in his approach and what remained the same. If you are interested in switching from coaching men to coaching women or the other way round or if you just want to hear what an experience beach volleyball coach at the highest level has to say, this is a good read for you!

END_OF_DOCUMENT_TOKEN_TO_BE_REPLACED

Dr George Giatsis is an Associate Professor in Kinesiology of Volleyball with an emphasis on Beach Volleyball at Aristotle University of Thessaloniki, Greece. He played for Greece on the World Tour and has been a top-level coach for many years in Volleyball and Beachvolleyball.

His current scientific project in Kinesiology is about the arm swing technique in spike attack in Volleyball and Beachvolleyball. He has analysed all the top players (male and female) since 1982 in Volleyball and Beachvolleyball in the major events of Olympic Games, World Championship and Champions League. He is focusing on differences in the movement during the cocking phase (arm movement from jump to “turning point” (elbow is back)).

END_OF_DOCUMENT_TOKEN_TO_BE_REPLACED

In recent years a phenomenon can be observed in beachvolleyball: a crazy amount of cameras and some people with laptops are sitting behind the courts at tournaments and type as fast as if their life depended on it. Martin was one of these Scouts, as these specialists who analyse the tactical aspects of the game, are called. Read in his interview what his job is about and how it helps coaches and players to develop better strategies to beat their opponents.

END_OF_DOCUMENT_TOKEN_TO_BE_REPLACED

Alexander Raev works at the FIVB Tour since 2011. Yet, not even all Coaches know that his job exists. He sits with his laptop behind the court and his fingers move so fast over the keyboard you might think he is the shorthand wizard in a courtroom. Alex is a scout and works for the russian federation in Beachvolleyball. Learn more about his job in this interview.

END_OF_DOCUMENT_TOKEN_TO_BE_REPLACED

Andrea Tomatis was a beachvolleyball player between 2002 and 2014 before he started coaching. Andrea worked with the male Czech Beachvolleyball Team (Perusic/Schweiner among others) but also coached womens team Kvapilova/Kolocova . So in this interview IBVCA asekd him about similarities and differences in coaching men and women.

END_OF_DOCUMENT_TOKEN_TO_BE_REPLACED

Read here an article about HIIT-trainings by David Jones who is currently working with the National Beachvolleyball Program in The Netherlands.

END_OF_DOCUMENT_TOKEN_TO_BE_REPLACED

We asked our member coaches to give us a quick glimpse, if and how practices can be conducted in their countries. These were the questions: Are you back to practice? Are there any restrictions for the practice? Are amateur players allowed to practise and play as well? Read the answers here…