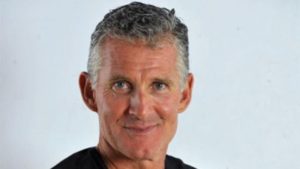 The Greeks, who were wise and very, very serious people, said that our identity is determined by the people around us.

In more recent times, cultural anthropologists have pointed out that it is not individuals who act on society, but rather it is society at large that determines the majority of our behaviors. In short, we are in the grips of what we might call a “cultural cage”.

These simple considerations alone emphasise how important it is to surround ourselves with people who make us feel at ease, who share similar values and who eventually “catalyze” our best qualities and inclinations.

Here’s a trivial example amongst many that could be given: if we like being active, it would not be fulfilling to live in a community where a sedentary lifestyle is the norm. Of course, connecting with those who share our values does not imply avoiding confrontation or exchange with those who do not resemble us, with those we might view as “different” from ourselves. It is thanks to these diverging viewpoints that we experience evolution, growth, development. In one way or another, though, we must have a common starting point, shared intentions, motivations…values.

In the case of sports, a coach must share goals with his/her athletes, which I prefer calling values.
A goal can be winning a certain tournament or achieving a certain result – but when we talk about values, we are really engaging in a common understanding of the behaviors and attitudes that will help us on that path. I don’t like hearing people say you must win at any cost. Victory must always be guided by ethical behavior.

I have always thought that flexibility and adaptability are very important qualities, almost indispensable, to be a good coach. But on the basic values – those that constitute the essence not only of our way of working, but above all of our way of being – we cannot compromise.

If we have chosen to be “open minded” people, to face life’s risks (in a more or less calculated way), to believe in communication, to put passion in what you do, to face with optimism the problems that we face, to accept the most difficult challenges with enthusiasm and without anxieties or fears… then we need to relate to people who share our values.

Two simple examples to clarify the points made. A coach can and must adapt to a player who does not want to hand set because he/she is afraid of making a mistake. However, a coach cannot accept that an athlete of his/hers takes performance enhancing substances. In the first example flexibility is key, while the second one would entail a compromise of values, namely honesty and respect for the rules.

For some months now I have had increasing clarity on the fact that in my future work I want to surround myself with people (olympic athletes? Sixty-year-olds with beer bellies? Children from disadvantaged parts of the world?) who share these values of mine.

I would like to train motivated players who are aware and enthusiastic about the privilege of being a professional athlete.

I would like to train amateurs who come to the beach at 7 am before work, just so they can run and jump happily on the sand.

I would like to train children with a perennial smile, perhaps because just having a new ball is a source of happiness.

Am I asking too much?