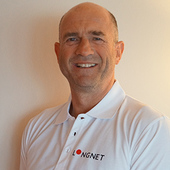 Kare Mol was voted IBVCA Coach of the year. In this interview he talks about his philosophy, about his team and about future developments.

You are coaching the best men’s team in the world. How would you describe your coaching style and your measurements to keep the team on top and to keep improving?

Style is something you build over long time together with the team you are working with. Style can be different from the team you coach and depends on what they need. In my coaching head I am looking for one thing. How can we do things better in every way, how can we improve the game. We always discuss this together within the coaches’ staff and the players. The first thing is building trust. Trust within our team, to speak honestly, not to blame, but to push our limits, always looking for improvement.

What is your general coaching philosophy?

It’s important for a coach to be aware of a philosophy, and have a steady line in the coaching. I have made so many mistakes that I now have some experience to draw upon. A coach has to always be willing to learn, and  learn from asking, be curious, reading, thinking and learning from other coaches. I am an annoying perfectionist, where I try to do things simple but with high quality in our practice. There are so many details in volleyball, the challenge is to focus on the right things. First it is important to understand what the players know, so I ask them so much that the players think I am stupid. For us it’s not so important to tell players what to do, but creating situations where they learn what to do. In beachvolleyball we as coaches include and educate the players to make decisions themselves and understand the game. Our players are included in almost everything.

You also coached youth players and on development level. What are for you the differences in coaching compared to coaching on World Tour level?

I have worked with kids, and also youth. Working with kids has taught me more than all the books I have read and all the clinics I have followed.  Youth, I don’t coach the youth the same way. But start to make them aware of the importance of making them own their development. And I make sure that they are working hard.  For me it’s also important to let the youth be playful, not only make drills that we as coaches think are the only way to make players better. We have to play, compete, feel pressure and have fun.

You are coaching Norwegian teams for a very long time. Do you believe that there is a “Norwegian style” of playing or training Beachvolleyball? Do you recognize something such as an “European style”, “Brazilian style” or “US style”?

I don’t think there is a Norwegian style. In Norway we have had different coaches, with different approaches. My style, and my coaching staff’s style is different from other coaches in Norway. I can see different styles from Brazil, USA and Europe. I can see differences in the way the physical training is done. And I can see a lot of differences in the way the coaches are working.  But it’s also a lot of different personal input from coaches. Some coaches are like waitresses for their players and some are more demanding and pushy.

Let’s get a bit more in some details: Your team likes to use a flexible set up structure once in a while (fast sets, second balls etc). Is this something you consider “superior” in general or is it just fitting for you guys?

We don’t play very flexible in Sideout. Our team thinks it is better to play on three touches to make the best setup for an attacker, but in some situations it’s good to go on two, but not as a system. We have to remember that the serve is also developing…

Especially Anders Mol is a very athletic player. How important is the physical aspect in Beachvolleyball, what are the abilities you need and how do you train and improve them?

Both Christian and Anders have great athletism. That’s what we look for when we pick players. We know Anders well because we have been with him all his volleyball life. He has been playing and competing since the age of 8-9. He was late in the puberty, a late bloomer, so to compete he had to use extreme skills to have a chance to win, so his technical skills where very well developed before he became the tall player he is today.

Christian Soerum has an incredible court vision (opponent block/defense) in attack. Is this something that came natural or was it an important part of his beachvolleyball education? How do you train that?

I saw Christian first when he was 13 and started to work with him when he was 17-18 years. I saw already at an early age that he had some outstanding qualities, seeing options and making good decision. I have not taught him anything. But I have put him in learning situations, so he would be able to improve his skills to a higher level.

Your players seem – although they are very young – always very balanced, self-confident and focused: mentally strong. How much of this is natural and how much is hard work? What did you and your coaching staff do to get them to that level?

This is hard to explain in a few sentences. They are naturally very confident and secure with themselves and with each other. They have a lot more experience with the game than people know. They have had tough losses, frustrations, crying and struggle in their career. Players also need this experience, to know how to deal with it. If you are comfortable with this it’s easier to deal with pressure, wins and losses. In practice we push focus, so we play with focus. We are also creating pressure situations in practice. Especially when they were younger. Now they have so many tournaments that we cannot make pressure situations in all our practices, and they know better than anyone what is needed to succeed.

Allow us a bit more personal question: your three sons are all playing high level beachvolleyball (Anders, Hendrik, Markus) and we assume you have accompanied them as a coach from youngest age on. Did you follow something like a “masterplan” or did it “just happen”? What was your approach in coaching and educating them as players and athletes?

The whole family loves to play volleyball, not only the three, but also our two youngest kids, Adrian (15) and Melina (13). With the older ones, Merita and I played a lot with them. My wife and I have been coaching all our kids, and also other kids from an early age. We are not too pushy.  In our opinion, they have to find their own motivation to play this game and take it where they want it. It is impossible to force them to be motivated. Just love them and talk with them. If they don’t want to train, they stay home. Then you can see if they have the inner motivation. If they don’t have this, it is better to do other things. Accept that kids are a bit on and off. We are fortunate enough to have had the keys to the gym of the school and have trained spontaneously in weekends and evenings. Some days, during the summer, they hang out and practice 10 hours by themselves with friends at our beach volleyball courts in Strandvik. For us it’s also really important to let them play both indoor and beach. You are in a different environment with different kids, that makes the total so much better and interesting.

We would also like to hear your opinion on some general topics in our sport: Where do you see the game in five or ten years? How will beachvolleyball develop and which skills and abilities will be necessary to be successful in the next 5 to 10 years?

My dream is that the sport has come closer to its potential, I hope I see more kids playing this wonderful sport all over the world. I hope we have great tournaments with big crowds everywhere in the world. I hope that all involved parts in the sport have the same vision to make the sport the best and the most exciting summer sport in the world. About Skills and abilities: If you see 10 years back in time, you can see how the game was. It also gives a view of what can be done the next 10 years. We will see more quality in everything. Strong serves are coming more often by everybody. The settings skills will be perfectioned, and so on… The sport has become more physical and will be even more physical.

Do you think the coach should have the opportunity to be active during the game, coaching the team?

This is not a very big issue for me, whether we coach or not. I think the beachvolleyball sport can live with both. It’s really not the biggest issue to develop the sport, nor will it increase the level significantly. But I am not against coaching. We just have to focus on the most important things to grow the sport. In my opinion it’s far more important to make extraordinary events, extraordinary broadcasting, extraordinary work with social media. The best sports are excellent in at least two of these things.

What can we, as coaches, do to grow our sport, in our countries and worldwide?

I think it’s really important that we do things within our country. We can do a lot, and if all coaches do something, we can contribute to make beachvolleyball much bigger in our country. In the National Federations’ planning, I think that kids have to play both indoor and beach. Push the awareness of the great synergies between the sports. Stand up against all the bullshit leaders and negative coaches who try to influence their players to just play 50% of our sport. Some will love beach, others will love indoor or some another sport. Make the sport grow in your country, work together with the leaders who want to support you. We have serious work to do.